Pauline Brocart is an independent graphic designer. Born in Paris in 1994, she graduated from the ECAL in Lausanne in 2018. As much an artist as a designer, she gives a privileged place in her work to collaborations. She works in art, fashion and design and has contributed to the conception of numerous publications and projects in contemporary art creation.
In 2021, as part of Piccole Baie Books’ “pensare per immagini” collection, she published her first book of photographs, Chora; she continues to explore territories in the making.

Federico Nicolao is a writer and philosopher, founder and director of the magazine Chorus une constellation and of the Centro Studi Piccole Baie. He has been programme director of the Musée d’art moderne de la Ville de Paris and the Musée Picasso in Antibes. He was a scholarship holder at the French Academy in Rome. He founded and directed with Cécile Debray the artists’ residency festival Viva Villa. He teaches the theory and practice of contemporary art at the ECAL in Lausanne and the theory of the image at the Ecole Nationale Supérieure de Paris Cergy.

Piccole Baie books is a publishing project conceived by Pauline Brocart and Federico Nicolao. Their approach to publishing is deliberately atypical and experimental. It is based on the work of writers and artists who have been protagonists in the past of a dissemination of texts at micro-scale (Lourdes Castro, Michel Butor, Franco Toselli, Emmanuel Hocquard – with whom they have been in contact – have not ceased to fascinate them).

Pauline Brocart and Federico Nicolao are working on their publishing project in several countries and languages, each time giving themselves the freedom to choose the subject of their research, in such a way as to produce small editions, with irregular and undisciplined publication and distribution.
The originality of their approach has led them to collaborate over the last few years with numerous writers and artists (Micol Assael, Laurent Berger, Anne Bertrand, Zoé Cornelius, Suzanne Doppelt, Elein Fleiss, Yannick Haënel, Raphaël Lain and Angela Detanico, Pierre Leguillon, Jochen Lempert, Francesca Torzo, to name but a few), in order to push back with them the limits traditionally assigned to publishing by the industry.
The question of the time needed for the gestation of a project – be it a book, a magazine, a poster or any other form of publishing – is one of their main concerns, if not the only one. This is why they have chosen to work from the outset with a particular focus on artist residencies (for example designing the Paysage Ouvert project at the ateliers des Arques in the Lot); until they decided to initiate two separate and very particular tiny artist residencies: one that gives the name to their publishing project, the Piccole baie, in a house on the Ligurian coast in Italy in the heart of a nature reserve, the other, Meeuw, in Burgundy, on board a boat that can both stay at the quay and sail along the French canals to the sea. 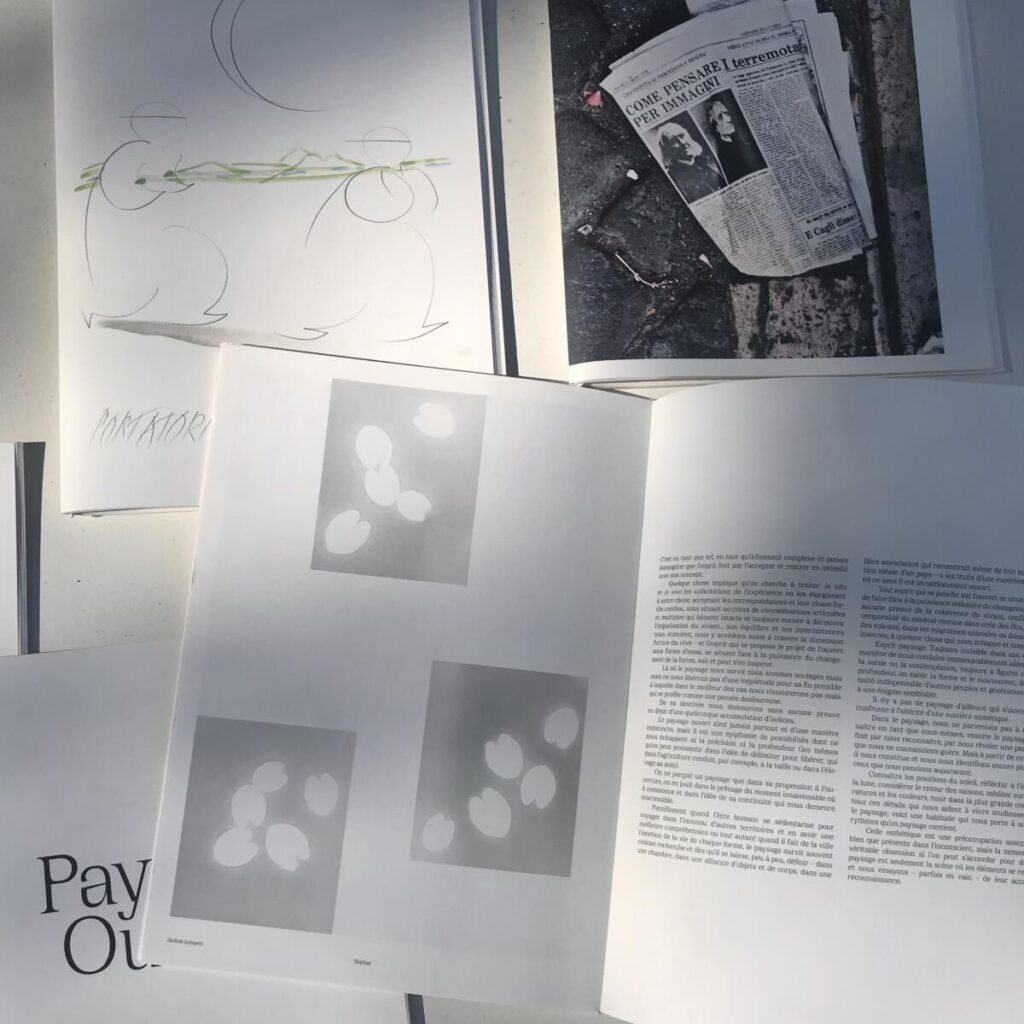