Naomi Maury was born in 1991 in Bédarieux. She studied at the Ecole Supérieure d’Art d’Annecy Alpes and then had a studio at ADERA Décines, in Lyon.

In 2019, she will be in residence in Thailand with the support of the French Institute and the French Embassy. Then she exhibited for the Lyon Biennial at the Institute of Contemporary Art in Villeurbanne. At the end of 2020, she is in residence in Iceland thanks to the programme of Artists in Residence, the French Embassy in Iceland and Nylo Museum. Following this residency, she exhibited at L’Assaut de la menuiserie (Saint-Etienne) for her first solo show.

Recently she received the prize of the Friends of the Musée des Abattoirs in Toulouse where she exhibited a performance-activated environment. In 2022, she is in residence at the CEMES, CNRS in Toulouse with researchers in physics and chemistry on matter, where she will exhibit in the autumn. That same year, she will exhibit with Damien Fragnon at Mécènes du Sud Montpellier. She lives and works in Sète.

Naomi Maury’s immersive sensory environments interconnect elements of various kinds and conjure up the figure of the cyborg, a hybrid of machine and living organism, which makes it possible to overcome the rigid boundaries between living and non-living, and advocates a cooperative and non-discriminatory multi-species coexistence.

During the residency at Villa Medici she will conduct research on the protection of gladiatorial armour, care, damaged, atrophied, restricted, extinct human and non-human species of antiquity. In particular on the figure of Valeria Lucunda, one of the few female gladiators. Her project entitled “Les cyborgs de l’Antiquité” (Cyborgs of Antiquity) will allow her to seize the past to reinvent other possibilities that leave room for care and vital inter-species interdependence. In order to engage new exoskeleton sculptures and symbiosis designs for a future film. 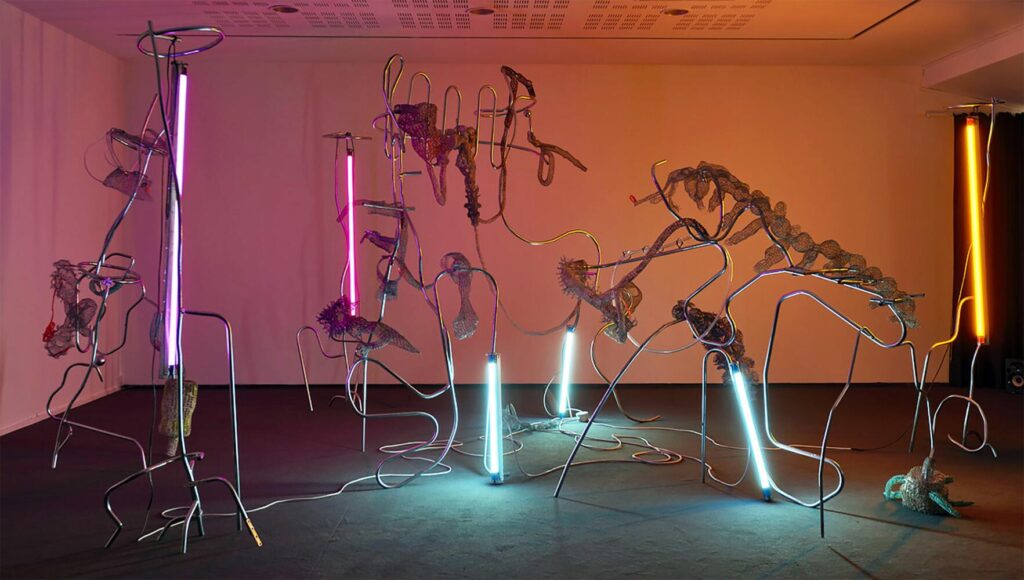 A song for a phantom limbs 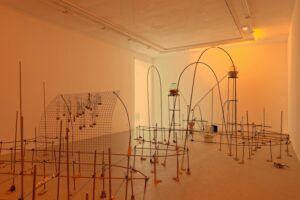 Created in 2018 by the Occitania Region in partnership with the Academy of France in Rome – Villa Medici, the Occitanie – Médicis Prize dedicated to young contemporary creation aims to develop the international influence of Occitania’s talents by hosting them at the Villa Medici for a research and creation stay of several months. Each year, this prize attracts about a hundred candidates – visual and plastic artists – who wish to take advantage of the opportunity offered by a residency in an emblematic place of artistic creation in Europe, in contact with other artists from various backgrounds and disciplines. Each year, the selection of the winner of the Occitanie – Médicis Prize is based on an application file and an audition of the pre-selected candidates, each of whom presents his or her project to a jury composed of representatives of the Region, the director of the Villa Medici and associated experts.