The gardens of the Villa Medici, with an extention of over 7 hectares from north to south, it maintains a XVIth century style. In 1564 it only consisted of a farm in the middle of an area with vineries when Cardinal Ricci bought the Casina Crescenzi, on the Collis Hortulorum (The hill of Gardens). Afterwards, massive terracing programs were begun. The gardens are surrounded by walls, close to the Santa Maria Del Popolo vineyard on its northern border. The garden’s design is divided into sixteen squares and six lawns, following the principles of the time period. Thanks to irrigation projects by the Milanese mathematician and architect Camillo Agrippa, lots of pools and fountains decorate the place. In the southern part, a silva (or bosco) seemed to have partially been constructed in 1570, between the aisle of the Via Pinciania on the west, Aurelus Wall on the east, and the gardens’ terrace on the north. That dedicated plot still contains buried ruins of a Roman temple probably devoted to Fortune.

Ferdinando de’ Medici committed himself to finish the works started by Cardinal Ricci when he bought the domain from Cardinal Ricci’s heirs in 1576. He also bought the vineyard of Giulio Bosco in 1580, in the southern portion of the silva, to eventually close the area of the villa, between the Aurelus Wall and via di porta Pinciana. He set up a new north-south route, the viale lungo, connecting the gardens to the Parnassus, and built a tiny artificial hill on the ruins of the antique temple. This Parnassus seemed to put the owner of the property under the protection of Apollo. At the end of the 15th century the group of Niobids was discovered by archaeological excavation. Ferdinando de’ Medici bought it and put it at the end of a lawn in his garden. Although the gardens lost most of their sculptures, they kept their essential design until the end of the 19th century.

The design of the plots in front of the villa was apparently modified under the directorship of Ingres. Umbrella pines were added. They are now a distinctive element of the Villa. The painter Balthus, director of the Villa (1960-1977) changed some elements in order to restore the Villa’s old prestige. He cleaned cleaned up the 19th century’s modifications except for the umbrella pines. Because of the sanitary degradation encountered on  the great pines and hurdles, it was decided in 2000 to fully restore the Academy’s gardens in order to give back to them their ancient appearance.

Villa Medici’s gardens are open to the public for guided tours throughout the year. For more information, please visit the Guided Tours page.
As the gardens are both a working space for the gardeners and a living space for the artists in residence at Villa Medici, visitors are not allowed to move freely in the gardens outside the framework of guided tours and temporary open-air exhibitions. 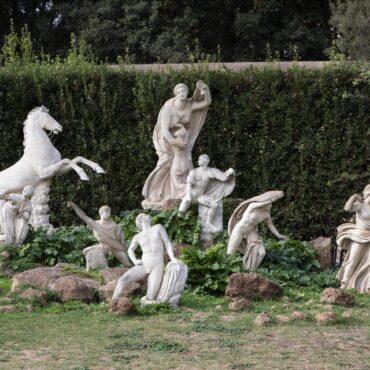 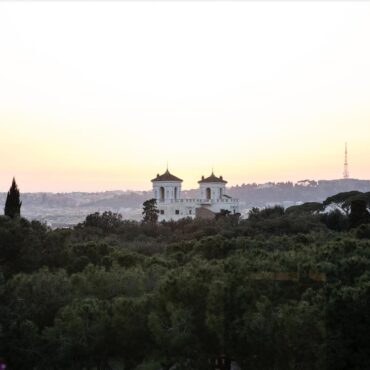 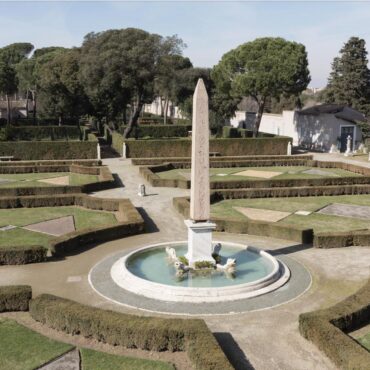 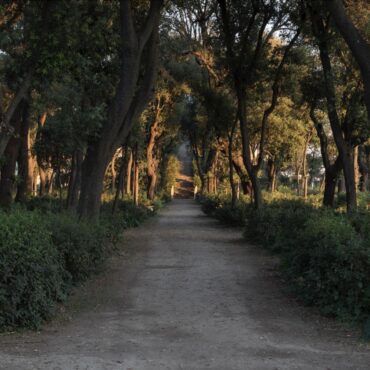 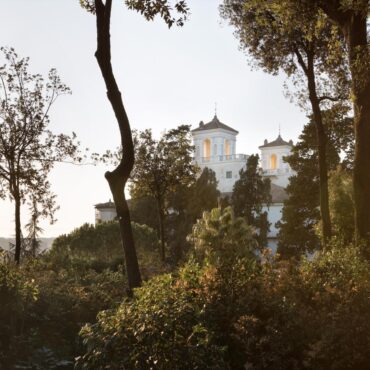 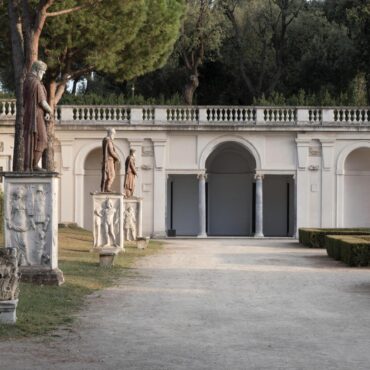 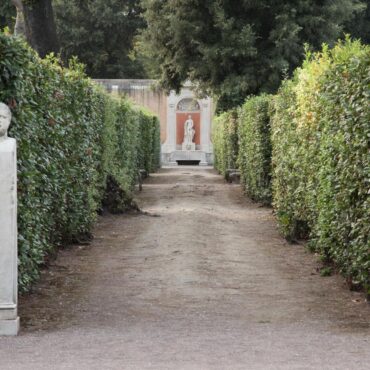 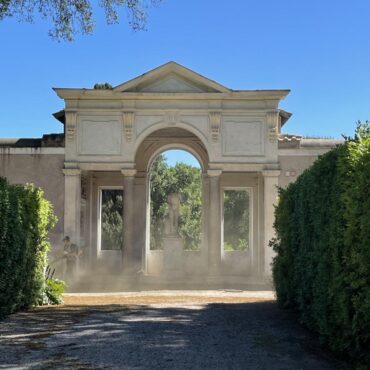 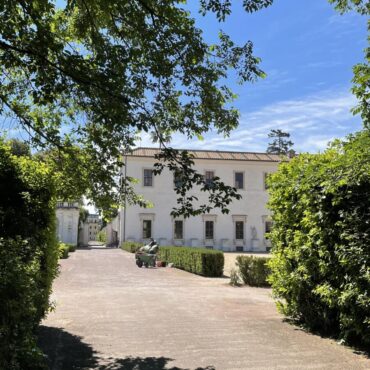 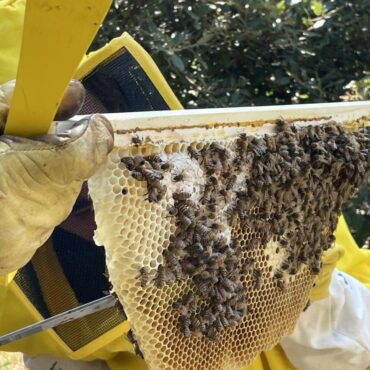 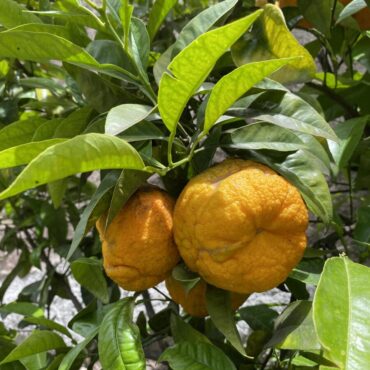 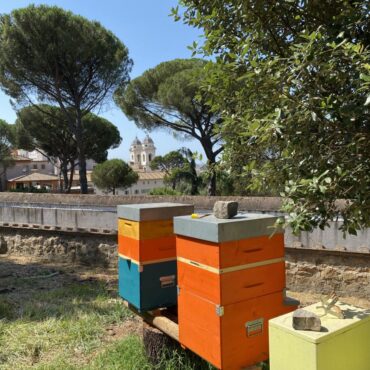 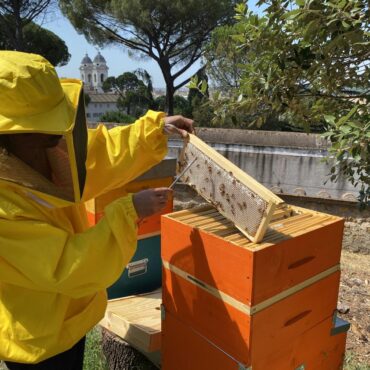 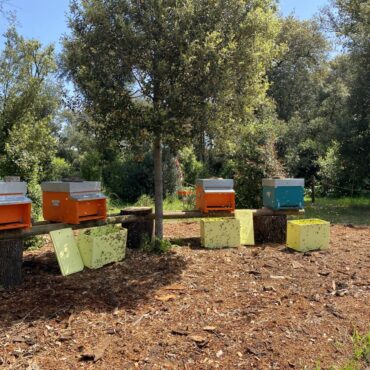 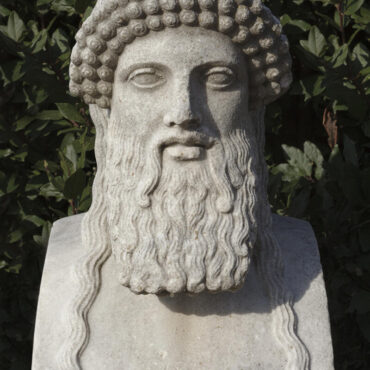 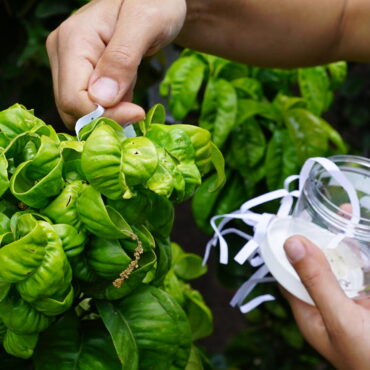 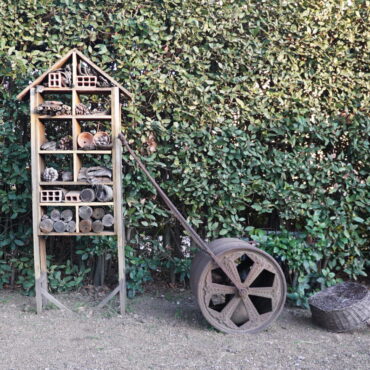