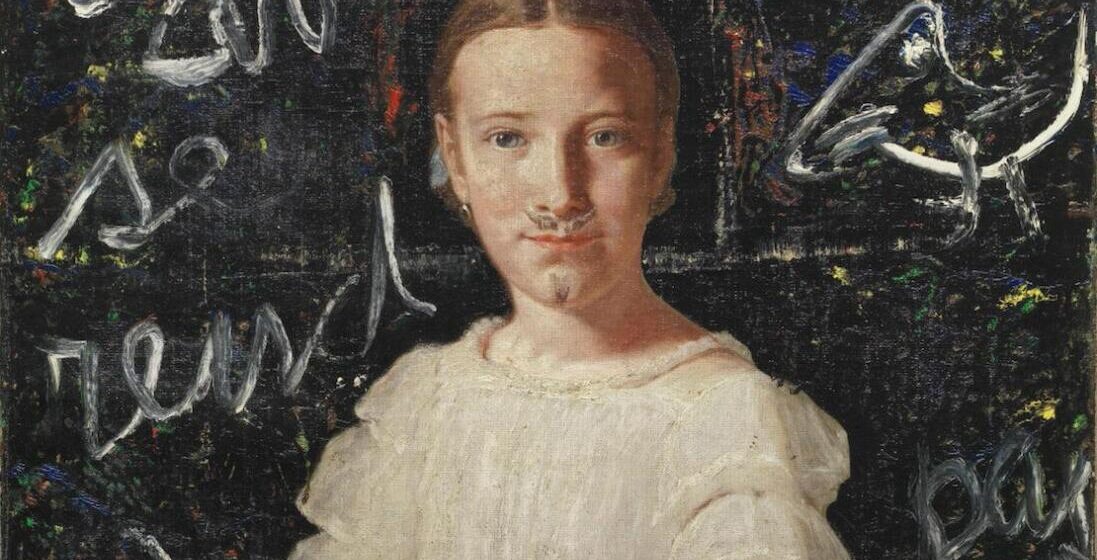 Scribbling and Doodling. From Leonardo da Vinci to Cy Twombly

Exhibition designed and organised by the French Academy in Rome – Villa Medici and by the Beaux-Arts in Paris
With the support of the National Museum of Modern Art, Centre Pompidou, Paris
In partnership with the Istituto Centrale per la Grafica, Rome

Associate curator for the Beaux-Arts in Paris:

Anne-Marie Garcia, Curator and responsible for the collections at the Beaux-Arts in Paris

From 3rd March to 22 May 2022, the French Academy in Rome – Villa Medici has presented a special exhibition: Scribbling and Doodling. From Leonardo da Vinci to Cy Twombly, conceived by two curators Francesca Alberti (Villa Medici) and Diane Bodart (Columbia University), along with Philippe-Alain Michaud as associate curator (Centre Pompidou).

The exhibition has two complementary presentations, both autonomous and unique, one in Rome, and the other in Paris: the first has been held at Villa Medici, from 3rd March until 22 May 2022, the second is at the Beaux-Arts in Paris, from 8th February to 30th April 2023.

Through a collection of almost 300 original works dating from the Renaissance to the modern era, the two presentations of the exhibition will shed light on one of the most unconventional and overlooked aspects of the practice of drawing. By exploring the multiple features of the practice of scribbling and doodling, from sketches scribbled on the backs of canvases to expansive doodles conceived as artworks in themselves, the exhibition unveils how these experimental, transgressive, regressive or liberating graphic gestures, which appear to flout all laws and conventions, have punctuated the history of artistic creation.

The Renaissance period, in order to escape the constraints of Drawing (il Disegno) that what would later be referred to as “academic”, produced free-flowing, instinctive and gestural graphic forms that may recall the rudimentary drawings of children, the wandering calligraphy found at the margin of manuscripts  or the graffiti scrawled by unknown hands on city walls. Picasso had the habit of saying, regarding children: “it took me a lifetime to learn to draw like them”; Michelangelo had already amused himself by imitating the stick-like figures scrawled on the façades of Florentine homes. The exhibition thus explores this hidden side of artistic creation, by inviting visitors to shift their view toward the back of paintings or on the walls of artists’ studios, to look at the margins or the verso of drawings sheets or beneath detached fresco decorations…

By displaying works by masters from the early modern period – Leonardo da Vinci, Michelangelo, Pontormo, Titian, Bernini, etc. – next to  those of major modern and contemporary artists – Picasso, Dubuffet, Henri Michaux, Helen Levitt, Cy Twombly, Basquiat, Luigi Pericle, and many others – the exhibition reconsiders chronological classifications and traditional categories of art history (such as margin and centre, official and non-official, classic and contemporary, artwork and document) and places the practice of scribbling at the heart of artistic making.

Born from a research project undertaken by the two curators, this exhibition (co-produced with the Beaux-Arts in Paris) is the result of internationally coordinated effort. It has been made possible through the support of the Centre Pompidou in Paris, as well as a partnership with Rome’s Istituto Centrale per la Grafica, a national Italian institution dedicated to graphic arts.

Both the exhibitions in Rome and in Paris will offer a unique and yet unseen selection of artworks, as well as an original display. The Rome exhibition will present almost 150 works, across six thematic sections designed to create a dialogue between renaissance and contemporary artworks.

Thematic sections
1. In the shadow of the workshop
A profusion of stunning drawings and graphic indulgences, most of which are unknown lie hidden on the back of panels and canvases of the most celebrated Renaissance masters, on the margins or versos of their drawing sheets, beneath detached frescoes. The exhibition gathers and unveils this hidden aspect of artistic creation.

2. Drawing at play
Drawing is at play during moments of relaxation and recreation when artists allow themselves free experimentations and develop a “scribbled style.” Such “controlled regression” underlies the development of caricature which will become an artistic form in its own right.

3. Untidy compositions
Componimento inculto: this oxymoron, conceived by Leonardo da Vinci, refers to quick, crude and rudimentary sketches used to bring out the figure, its movements and attitudes. The drawing sheets of the masters are filled with wanderings and crossing-outs that become as illegible as stains capable of generating potential images.

4. The Childhood of art
With his Portrait of a Child with a Drawing, Giovanni Francesco Caroto inaugurates a series of paintings that play upon the inherent and often ironic mise en abyme of infantile drawing. In these artworks, fleeting and apparently insignificant scribbles, acquire a new and elevated status, introducing a theoretical reflection on the birth of art and creative impulse.

5. Childishness
In the early twentieth century, European avant-gardes while seeking primitive spontaneity looked at children’s drawings in order to regenerate their art through a newfound vitality. On the one hand, the motif of the stick-figure and the grotesque Ubu character, and on the other, the instinctive and spiralling scribbles, serve as a source of inspiration to be broken down and reinterpreted.

6. The call of the wall
Graphic impulse is attracted by smooth plaster just as much as by old walls that present potential forms asking to be completed. The wall’s temporal sedimentation fascinates modern artists who seek a repertoire of shapes and symbols in their unevenness and the inscriptions drawn upon them.

In Rome venue there has been some exceptional exhibits: the extraordinary palimpsest of drawings sketched on the back of Giovanni Bellini’s Triptych of the Madonna, lent by the Gallerie dell’Accademia in Venice, that the public will have the opportunity to view for the first time, along with drawings by Titian, Pontormo, Fra Bartolomeo, Michelangelo, Benozzo Gozzoli, and Simone Cantarini, as well as the works of Carracci and Bernini. Also featured is a grotesque head by Leonardo da Vinci, loaned for the occasion by the Beaux-Arts de Paris, as well as the school notebook of Delacroix belonging to the National Institute of Art history in Paris (INHA).

Several artworks, featured in both venues, underscore the link between the Rome and the Paris exhibitions, such as the studio walls of Mino da Fiesole and Giacometti studios; the Portrait of Child with a Drawing by Giovanni Francesco Caroto; photographs by Brassaï and Helen Levitt, as well as several iconic works by Cy Twombly, Asger Jorn, the Cobra group, Luigi Pericle, and other modern masters such as Giacomo Balla. 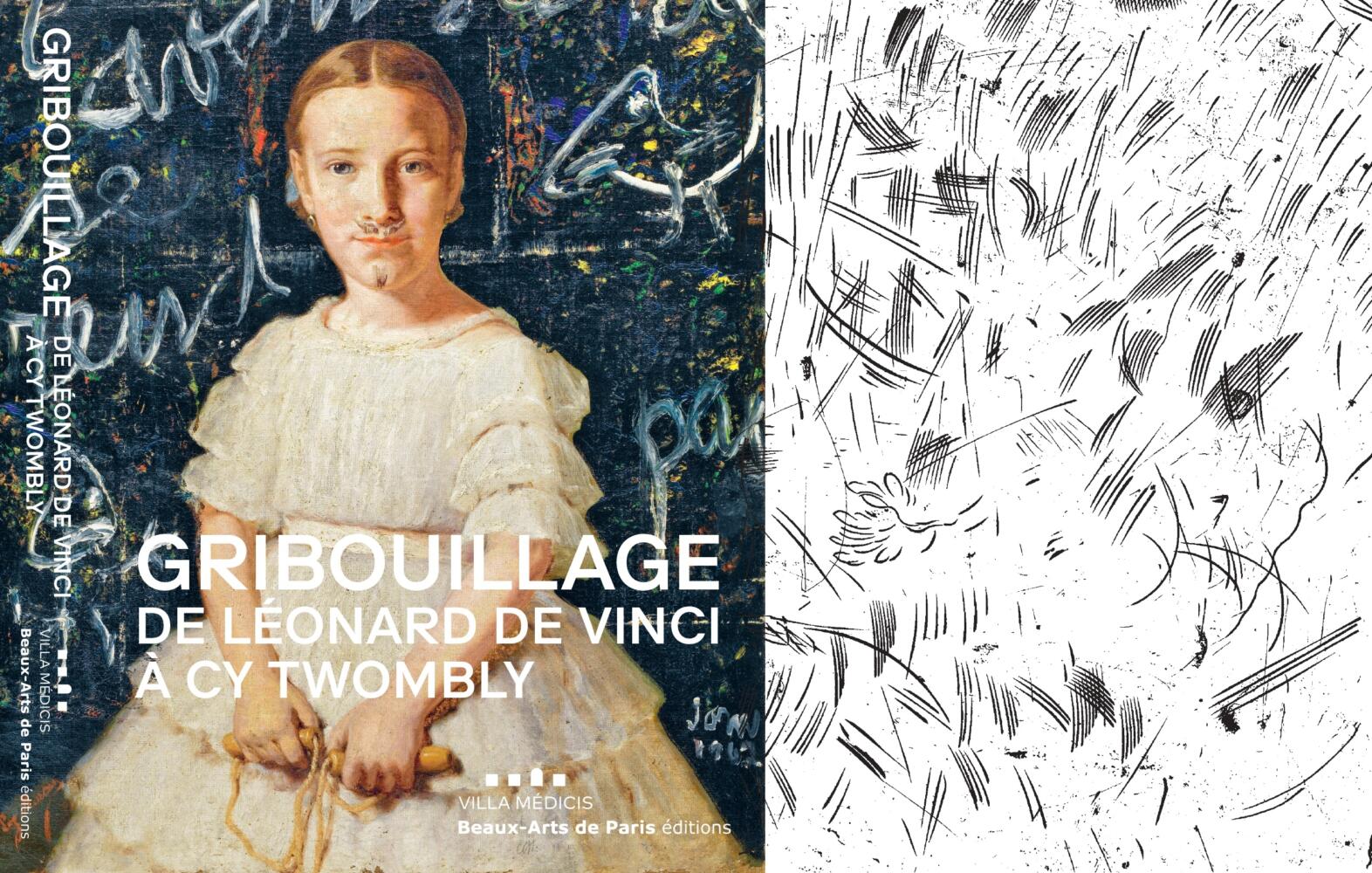 The exhibition catalogue, which brings together all 300 works exhibited in Rome and Paris, is published in Italian and French versions and co-edited by Villa Medici and Beaux-Arts de Paris éditions. This publication is a reference on one of the least known and most controlled aspects of the drawing practice, and offers a richly documented synthesis of the two exhibitions.

Directed and introduced by the curators of the exhibition, Francesca Alberti and Diane Bodart, the catalogue contains seven chapters and brings together previously unpublished contributions by numerous authors whose essays and notes shed light on the works and extend the research work.

The French and Italian editions of the catalogue are available for sale at the Villa Medici bookshop.

The exhibition at Villa Medici has been accompanied by a series of conferences (free access upon reservation). Invited by the curators, six researchers – art historians, philosophers, anthropologists and museum curators – will share their knowledge of the practice of scribbling from the perspective of their own field of research.

Thursday 17 March 2022
Francesca Alberti (Art Historian and Director of the Department of Art History at the French Academy in Rome, IT), Diane Bodart (Art Historian, Professor at Columbia University, USA)

Thursday 21 April 2022
Vincent Debaene (Historian of literature and anthropology, Professor at the University of Geneva, CH)

Thursday 19 May 2022
Philippe-Alain Michaud (Curator of the film collection of the Centre Pompidou, Paris, FR)

Themed visits and workshops for families and school groups will also be offered throughout the duration of the exhibition.

Francesca Alberti is the Director of the Department of Art History at the French Academy in Rome – Villa Medici, as well as professor of Art History at the University of Tours and the Centre d’Études Supérieures de la Renaissance. Her research focuses on the visual culture of the first modern era in art, as well as art theory, and the practice and culture of laughter in the Early Modern period. She is the author of La Peinture facétieuse: Du rire sacré de Corrège aux fables burlesques de Tintoret (Paris, 2016) and co-editor of two volumes: Rire en images à la Renaissance (Turnhout, 2018) and Penser l’étrangeté, L’histoire de l’art de la Renaissance italienne entre bizarrerie, extravagance et singularité (Rennes, 2012). Francesca Alberti was a Fellow at the French Academy in Rome – Villa Medici (2014-2015), Fulbright visiting scholar at Columbia University (2016), grant holder of the Centre Allemand d’histoire de l’art à Paris (2013), as well as a member of the research council for the Fontainebleau Festival of Art History (2016 and 2021) and the Rendez-vous de l’Histoire in Blois (2020).

Diane Bodart is David Rosand Associate Professor of Italian Renaissance Art History at Columbia University. She was educated in Art History at the University La Sapienza in Rome and at the École des Hautes Études en Sciences Sociales in Paris. The recipient of fellowships from the French Academy in Rome – Villa Medici, the Deutsches Forum für Kunstgeschichte in Paris, and the Harvard University Center for Renaissance Studies (Villa I Tatti) in Florence, she was teaching at the University of Poitiers before moving to Columbia. Her research focuses on the arts theory and practice in Italy and in the territories of imperial Spain in the early modern period. She is the author of Tiziano e Federico II Gonzaga (Rome, 1998) and Pouvoirs du portrait sous les Habsbourg d’Espagne (Paris, 2011), and has co-edited François Lemée. Traité des statues (Weimar, 2012); Rire en images à la Renaissance (Turnhout, 2018); Wearing Images (2018); Le grand âge et ses œuvres ultimes (Rennes, 2020).