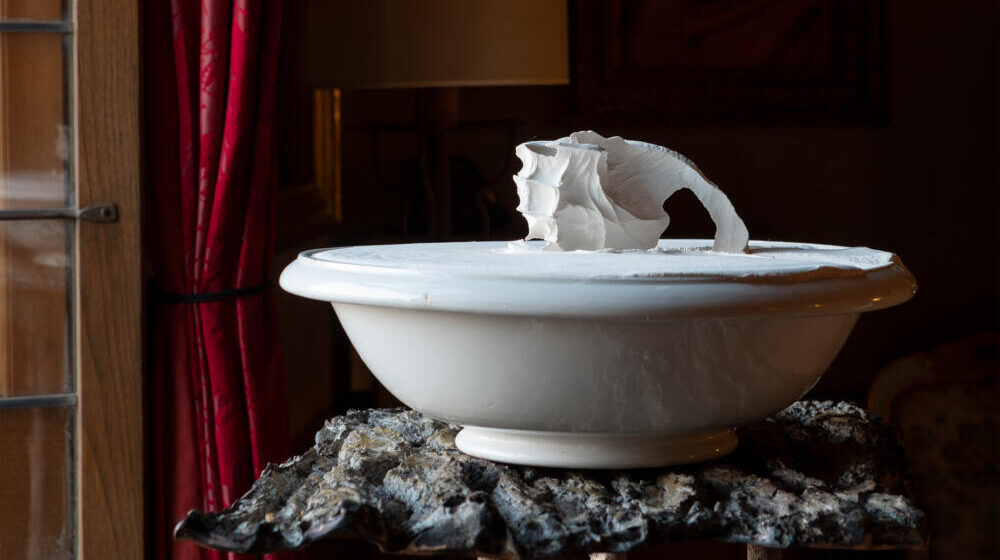 Plan your visit: Giuseppe Penone artworks are included in the historical guided tour of Villa Medici (Cardinal’s appartments). They can only be seen with a ticket for this guided tour. Visits in French, Italian and English, every day except Tuesday. More information on opening hours and admission.

After presenting a major solo exhibition (organised by Richard Peduzzi) in 2008, Giuseppe Penone is now returning to Villa Medici with a project specially conceived for the historic bedchambers of Cardinal Ferdinando de Medici. From 16 December 2021 to 27 February 2022, the artist will present three pieces embodying the poetic vision behind his artistic process: Vaso (1986) in plaster and ceramic; Il vuoto del vaso (2005); Avvolgere la terra – vaso (2005) in white terracotta and plaster, as well as five sculptures in terracotta and bronze entitled Terra su terra – bacile (2005).

While the 2008 exhibition was presented throughout the most emblematic and majestic spaces of Villa Medici, this time around the artist’s work will be housed in a more intimate setting: the private bedchambers of Cardinal Ferdinando de Medici (the bedrooms of the Elements, the Muses, and the Loves of Jupiter). For this project, Giuseppe Penone has sought to highlight the unique nature of each space by presenting three pieces that invite us to query the nature of materials and the concept of sculpture itself. Such is the effect of Vaso, composed of a shallow ceramic dish holding a plaster vase, whose deconstructed form bears the artist’s hand prints and echoes the private, almost domestic function of the space in which it is being exhibited. The artist’s physical presence can also be seen in the piece entitled Il vuoto del vaso, a composition formed from a vase framed by three x-rays of hands, playing on the materiality of shapes and how they are visually perceived. Finally, the interplay between gesture and material resonates in the third piece, Avvolgere la terra – vaso (2005), made from clay and coming together in a universal form that underlines the complex connection between nature and mankind. Clay is also the material from which the vase in the Ephemeris video is made, stemming from a cycle of the same name from 2016, as well as the dishes held up by bronze bases and inspired by botanical elements in the series Terra su terra – bacile (2005).

From 20 January to 13 February 2022, Villa Medici has also presented Giuseppe Penone’s video work Ephemeris (2016) in the exceptional space of the roman Cistern. 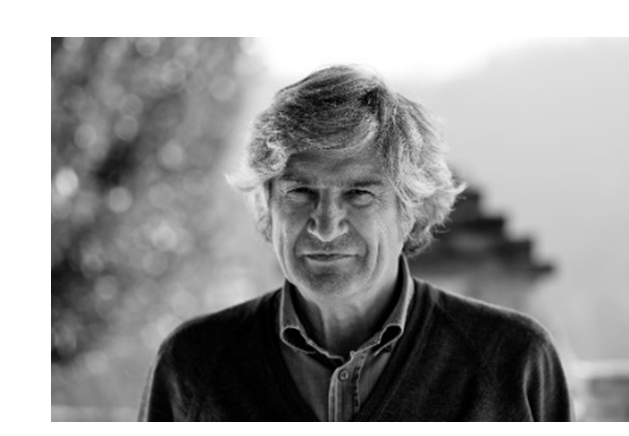 Giuseppe Penone was born in 1947 in Garessio (Italy). He is now based in Turin. In 1968 he began exhibiting his work, aligning himself with the Arte Povera movement. In his sculptures and installations, the process of artistic creation forms an integral part of the finished work: these include the various influences of the artist’s hand and of nature, coming together give shape to a material that is different on each occasion and unveiling an aspect of the fantastical. Trees, which Penone considers the “original idea and simplest form of vitality, culture and sculpture,” are a central theme of his work. In 2007, he represented Italy at the 52nd Venice Bienniale, and in 2013 his monumental sculptures were exhibited in the gardens of the Chateau de Versailles. The artist has presented a number of solo exhibitions, notably at the Centre Pompidou (Paris, 2004), the Rijksmuseum (Amsterdam, 2016) and at the BNF (Paris, 2021). 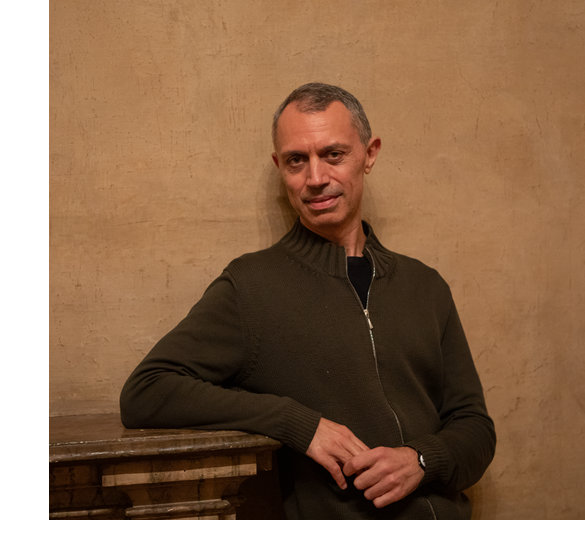 Project presented with the support of the GAGOSIAN gallery:

Images of the photogallery : 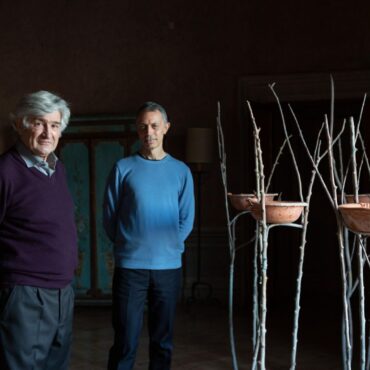 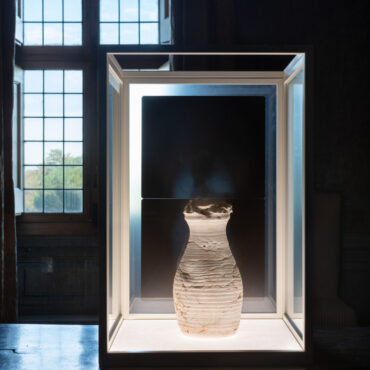 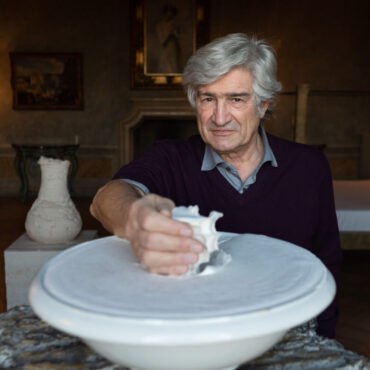 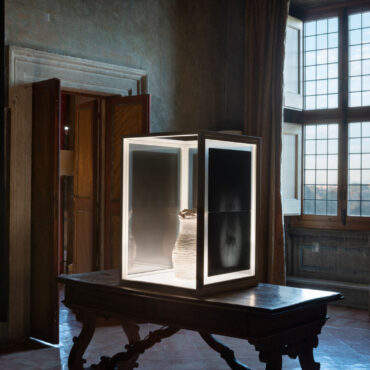 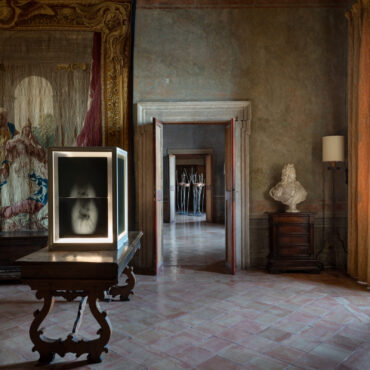 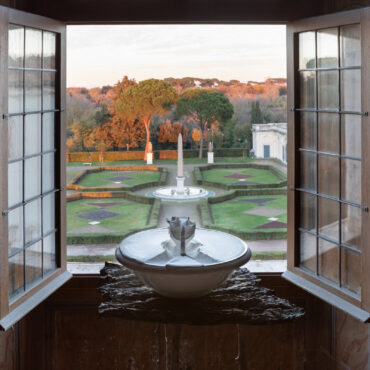 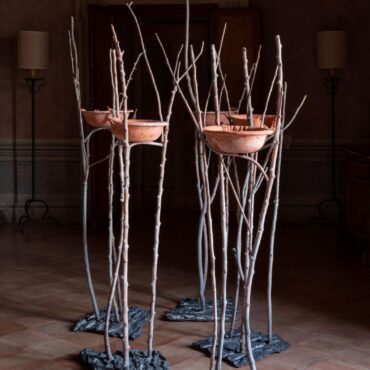 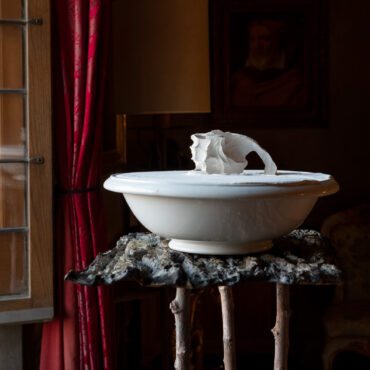