Studiolo is the annual journal of art history and theory of the Académie de France in Rome – Villa Medici. It provides a forum for the most current research in art history, both in terms of its objects and its methods. It is particularly interested in the production of images and artistic exchanges between Italy, France and Europe, from the Renaissance to the present day. Each issue includes a thematic dossier, as well as three sections: Varia, open to proposals outside the theme; Debates, devoted to historiography and in-depth book reviews; Villa Medici, history and heritage, dealing with the history of the Académie de France in Rome as well as the activities and restoration projects monitored by the art history department. Finally, in Champ libre, Studiolo opens its pages to the proposals of the current year’s boarders.

Within these walls devoted to marvels
I welcome and protect the work
Of the artist’s miraculous hand,
Equal and rival of his mind.
The one is nothing without the other.
(Paul Valéry)

Issue n°16 looks at the conceptual issues surrounding the artist’s hand from both a historical and historiographical perspective, without neglecting questions of style and attribution.

The Left Hand, formerly known as Michelangelo’s Hand, in the Victoria and Albert Museum in London, questions the art historian in several ways. The strange terracotta fragment depicting a hand truncated at the wrist stands on its own fingers clutching a drapery or some indeterminate object. While it is largely a product of the keen interest that spread during the Renaissance in the study of dissociated anatomical elements, it also embodies the fascination that led some artists to ape the style of their masters, as did Bartolomeo Passerotti in a drawing long considered a study of the hand of Michelangelo, the master of the divine mani.

This fragment of a hand, which bears witness to a veneration reminiscent of the cult of relics, could in turn serve as a model in the same way as the ancient remains or the plaster casts that populate the studio collections, is enriched with another value. It embodies in itself the question of the hand that creates, that gives life and body to the material, that, on its own, is capable of carrying the very idea of style (la maniera); so many questions addressed by the authors who have contributed to this thematic issue.

Initially scheduled for 2020, issue 16 of Studiolo is the result of a handover involving both the management of the journal and the art history department, and the management of the Académie de France in Rome. With an enlarged editorial board, the journal wishes to reaffirm its attention to innovative perspectives in art history as well as to the dialogues between periods and disciplines that are constantly taking place at the Villa Medici. 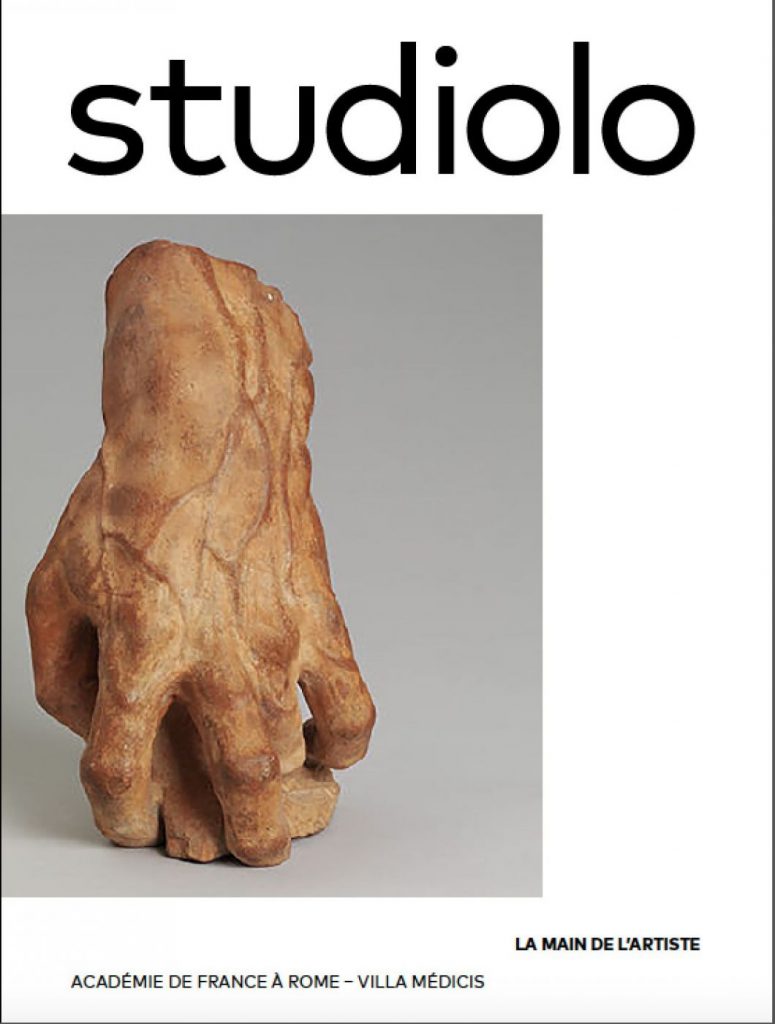 Discover all the issues of Studiolo.