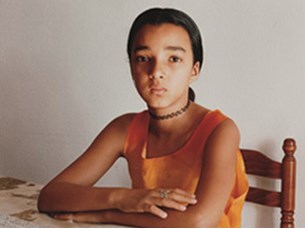 The French Academy in Rome – Villa Medici presents the first important Italian exhibition devoted to French photographer Patrick Faigenbaum . The exhibition is organized in collaboration with the Vancouver Art Gallery, which hosted the first phase in March 2013. Curated by critic Jean-François Chevrier and artist Jeff Wall, the exhibition is part of the XII th edition of the International Photography Festival in Rome (Fotografia – Festival Internazionale di Roma). For the first time in Italy the exhibition proposes approximately a hundred works of different sizes by the artist, covering forty years of his career: intimate portraits, rural landscapes, city outskirts, still lives. A corpus of images  tracing a map of Europe, where the profundity of history is indissolubly linked to the  present. Patrick Faigenbaum is one of the most important figures of contemporary photography. His works are present in major institutions such as the Metropolitan Museum of Art in New York and the Centre Pompidou in Paris. On 10 June of this year Faigenbaum won the prestigious Henri Cariter-Bresson award. Faigenbaum acquired international fame in the 1980s. Between 1985 and 1987 he was fellow at the French Academy in Rome – Villa Medici, where he began working at the renowned series of portraits of Italian aristocrat families, which he realized in Florence, Rome and Naples. Thus the exhibition celebrates the return of the Parisian artist to Villa Medici. On Friday, 4 October at 6 p.m. there will be an encounter at the MACRO Museum, where Patrick Faigenbaum will participate, together with the curators of the exhibition Jeff Wall and Jean-François Chevrier , and the Director of the French Academy in Rome – Villa Medici, Éric de Chassey . Patrick Faigenbaum was born in 1954 in Paris, where he lives and works. He is professor at the École Nationale Supérieure des Beaux-Arts in Paris since 2001. His works are exhibited at the Galerie Nathalie Obadia (Paris, France), Metropolitan Museum of Art (New York, USA), MANM at Centre Pompidou (Paris, France), MACBA (Barcelona, Spain), Galerie de France (Paris, France). He has had solo exhibitions at Barbara Mathes Gallery (New York, USA), Gladstone Gallery (New York, USA), Le Point du Jour (Cherbourg, France), Musée de la Vie Romantique (Paris, France). His work is part of numerous public and private collections.

The exhibition has been made possible thanksto Edwige and Olivier Michon, loyal supporters of the cultural activities of The French Academy in Rome – Villa Medici.