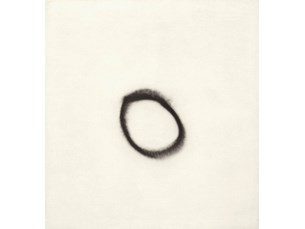 Painting or How to Get Rid of It

From 11 June to 14 September 2014 (opening 10 June 6.30-8.30 pm), the French Academy in Rome – Villa Medici presents the group exhibition Painting or How to Get Rid of It , curated by Éric de Chassey. The exhibition brings together the works of four artists of different nationalities: Italian Fabio Mauri and American Marcia Hafif – who lived and worked in Rome – French Martin Barré and Swiss Olivier Mosset – who both lived in Paris for a long time. The exhibition, whose title was inspired by Eugène Ionesco’s play Amédée or How to Get Rid of It , poses the question of the end of painting that has obsessed artists since the birth of abstraction at the beginning of the Twentieth century. In the 1960s, the logic of reducing painting to its primary components, which characterize Minimalism, asserts itself and leads to a form of art consisting of almost nothing, whose logical and inevitable consequence would be the death of painting. Painting or How to get rid of it reveals how much more complex these evolutions actually were. Between 1959 and 1969, Fabio Mauri, Marcia Hafif, Martin Barré and Olivier Mosset took the logic of a progressive reduction and final disappearance of abstract painting to extremes in Rome and Paris. In the following years, they switched from painting to conceptual art or performance, but, unlike many of their contemporaries, they ended up going back to painting without disowning their beginnings or their extra-pictorial experiences. The works on display cover three fundamental periods of their artistic careers and of the history of abstraction: abstract painting geared toward the disappearance of forms and colors, conceptual or performative works involving films or photography, and finally, abstract paintings, that show the possibilities of painting after the end of painting. Opening hours of the exhibition : from Tuesday to Sunday (closed Mondays) 11 a.m.-7 p.m. (last admission 6.30 p.m.) The ticket includes a guided tour of the gardens of Villa Medici and entrance to the exhibition: 12 euros (full price) | 6 euros (reduced price*) The exhibition Painting or How to Get Rid of It will be closed from 27 th August to 2 nd September. We apologize for the inconvenience.